The Federal Trade Commission recently announced that three dating apps have been removed from Apple’s App Store and Google’s Google Play Store following allegations by the agency that the apps permitted children as young as 12 to access them, in 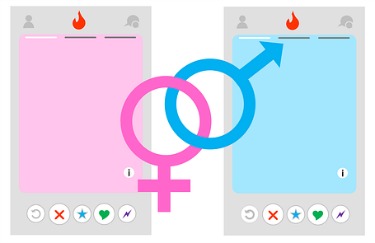 violation of the Children’s Online Privacy Protection Act and the FTC Act.

According to reports, the FTC recently warned Ukraine-based Wildec LLC, which operates the apps Meet24, FastMeet, and Meet4U, that the three dating apps appeared to be in violation of COPPA and possibly the FTC Act’s prohibition against unfair practices. The apps have been removed from the app stores until they address the alleged violations outlined by the FTC.

The FTC’s COPPA Rule requires, without limitation, that operators of websites and online services must protect children’s privacy and safety online. For example, if your company is covered by COPPA, you need to have certain information in your privacy policy and get parental consent before collecting some types of information from kids under 13. Violations can result in law enforcement actions, including civil penalties, so compliance counts.

According to FTC attorneys, the Wildec apps collect users’ birthdates, email addresses, photographs, and real-time location data. While the three apps claimed in their privacy policies to prohibit users under the age of 13, the FTC alleges that the apps failed to block users who indicated they were under 13 from using the apps and from being contacted by other users of the apps.

In its review of the apps, FTC staff found users who indicated they were as young as 12. The warning letter also noted that allowing adult users to communicate with children poses a serious health and safety risk. Several individuals have reportedly faced criminal charges for allegedly contacting or attempting to contact minors using Wildec’s apps, according to the letter, which further noted that Wildec appeared to be aware that children under 13 were using all three apps and, given this, was obligated to comply with COPPA’s requirements.

The letter urged the company to immediately remove personal information from children on the three apps, to seek parental consent before allowing minors to access the apps, and to ensure that all versions of the apps comply with COPPA as well as the FTC Act, which prohibits unfair practices that are likely to cause substantial consumer injury.

The FTC also issued a consumer alert for parents about the dating apps.