He Gave Up Just Three Feet From Gold 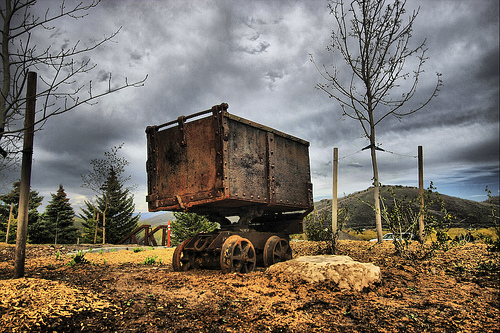 Are you frustrated with your progress in affiliate marketing? You might be just three feet from gold.

Remember the story about R. U. Darby from the blockbuster book Think And Grow Rich by Napoleon Hill?

Anyways, Mr Darby was a Colorado gold prospector that gave up on his mine when he was just three feet away from discovering a multi-million dollar ore producing vein.

Darby found some gold on his mine claim but knew little about how gold veins actually developed. After he found the initial gold he continued digging but in the wrong direction. After giving up in frustration after months of hard work he decided to quit.

He sold his mining equipment and claim to a local ‘junk man’ for just a few hundred dollars which was only a fraction of what it was worth. The junk man, also knowing little to nothing about gold mining, hired an expert (mine engineer) to survey his new digs. The mine engineer quickly discovered that Darby had failed to recognize the fault lines inside mine where the gold developed.

With his newfound expert knowledge the junk man had to dig only 3 feet from where Darby left off to find and absolute bonanza of gold beyond his wildest dreams.

I bring this up because I’ve seen many internet marketers give up on their business (and their dreams) when they were actually much closer to success than they were to failure. I’m certain that you’ve seen this in your own life too.

Fortunately for Mr. Darby he didn’t let his initial failure destroy him.  He went on to make a fortune selling life insurance.  He credited his perseverance and ultimate success to the lessons he learned from the gold mining venture.  Never again did he allow his lack of persistence to keep him from what he wanted.

“One of the most common causes of failure is the habit of quitting when one is overtaken by temporary defeat. Every person is guilty of this mistake at one time or another” – Napoleon Hill

Do you have a success conscious or a failure conscious?  Do you expect to succeed?  Are you willing to make all of the sacrifices required to get you there?

Have You Ever Decided What It Is Exactly That You Want?

You’d be surprised at how many people either don’t know what they want or provide a vague answer such as “to be wealthy”. 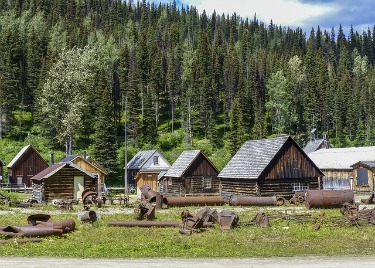 Do you know the answer to these questions?  Do you know what you’ll do if you experience any setbacks along the way?  Because you will; we all do.

If you don’t know all of this its OK but you need to figure it out as soon as you possibly can and now is the perfect time.  The new year brings a fresh slate for you to work with.  Figure out exactly what you want to accomplish and get it down on paper.  Now.

It’s never too late to find your own gold.  There is plenty of room at the top.  Just know what you want and pursue it as if your life depended on it.  And never, ever give up.

If you ever get frustrated with your progress, just remember that phrase: three feet from gold. Then keep grinding.

Partner With Me And I'll Show You How To Earn $1000+ Per Sale
Click Here to learn how to personally partner with me and have access to an award-winning sales funnel that can make you $1000+ per sale.

The truth is that in affiliate marketing it takes the same amount of time & energy to promote a product or service that pays you $500.00 than it does to promote a product that only pays you $29.00. Doesn’t it make sense to get paid more money for doing the same amount of work? Let me teach you how to sell high ticket products and services for high paying commissions.

Do You Need Motivation?

Need More To Pump Yourself Up? How About 33 Amazing Motivational Quotes: