The U.S. Department of Justice has announced that an individual who allegedly managed a multimillion dollar fraudulent 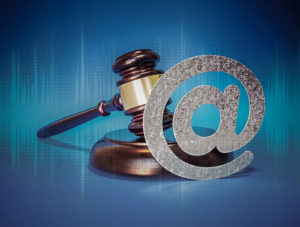 telemarketing scam was sentenced to approximately 5 years in prison by a federal judge in Nevada and ordered to pay $2.7 in restitution. The monetary component is intended to reflect victim losses from the scheme.

The defendant pleaded guilty in December 2017 to conspiracy to commit mail and wire fraud based on his alleged role in managing a telemarketing operation that, according to the DOJ, defrauded thousands of victims out of millions of dollars. The victims included elderly individuals. A co-defendant was sentenced earlier this year to 87 months in prison.

“This case demonstrates the Department of Justice’s commitment to prosecuting scammers who defraud elderly Americans,” said Acting Assistant Attorney General Chad A. Readler of the Justice Department’s Civil Division. “We will continue to take every step possible to prosecute perpetrators of elder fraud scams and deliver justice for victims.”

“Seniors and caregivers should be alert to and mindful of these types of scams. Criminals who prey on and steal from seniors will face prosecution and be brought to justice,” said U.S. Attorney Dayle Elieson for the District of Nevada. “If someone believes they or someone they know is a victim of elder fraud, they should report it to the FTC at 1-877-FTC-HELP. The Department of Justice provides a variety of resources relating to elder fraud victimization through its Office of Victims of Crime, which can be reached at www.ovc.gov.”

According to court documents , the defendant managed the alleged fraudulent telemarketing operation for his co-defendant, who controlled the operation. The DOJ alleges that telemarketers working for the two falsely represented to victims that they had won one of numerous valuable prizes, including a Chevy Camaro, a Boston Whaler boat, a diamond-and-sapphire bracelet, $3,000 in cash, or a cruise that could be exchanged for thousands in cash. To claim the prize, consumers were informed that they had to pay hundreds or thousands of dollars. Once they did so, according to the DOJ, victims received worthless costume jewelry, or nothing.

The Department of Justice also alleges that individuals that made an initial payment were sometimes called again, and misled into believing they had won an even more valuable prize, in a process called “loading” or “reloading,” which could be repeated multiple times. The DOJ alleges that this process caused victims to lose thousands of dollars.

Acting Assistant Attorney General Readler commended the investigative efforts of the U.S. Postal Inspection Service. He also thanked the Federal Trade Commission (FTC)’s civil enforcement action that resulted in the shutdown of the defendants’ telemarketing operation and for the FTC’s assistance during the criminal investigation and prosecution.

In 2013, the Federal Trade Commission obtained an injunction appointing a receiver and freezing the assets of one of the defendants, an alleged repeat offender, whom the agency first stopped from making deceptive telemarketing pitches 15 years ago.

According to the FTC, based on the role of one of the defendants in an earlier film investment scheme, in 1998 a federal district court entered an order permanently banning him from engaging in telemarketing and prohibiting him from making material misrepresentations about any product or service. In addition to the order, the FTC had obtained a prior order in 1996 against the defendant in connection with a business opportunity scam, and he has also been the subject of enforcement actions by other federal agencies.