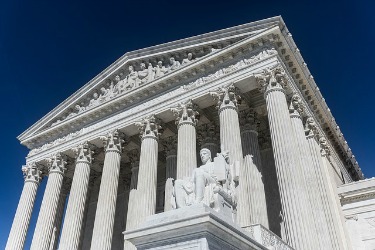 PDR Network, LLC v. Carlton & Harris Chiropractic Inc. was the matter before the Court. It involves a chiropractic office that initiated a putative TCPA class action against Prescribers’ Digital Reference (alleging receipt of an unsolicited fax), and whether the Hobbs Act requires district courts to defer to the FCC’s interpretation of the TCPA.

In the underlying case, the defendant sought to dismiss PDR’s complaint because the e-book offered by the fax was free and, as it argued, was not commercial in nature. The plaintiff, however, cited a 2006 FCC Rule that faxes promoting goods or services – even at no cost – are unsolicited advertisements under the TCPA.

The lower court ruled that the Hobbs Act did not require it to defer to the FCC’s interpretation and granted defendant’s motion to dismiss.

The defendant subsequently filed a writ of certiorari with the Supreme Court. Oral argument was presented in March 2019. A decision from SCOTUS is expected later this term.

Interesting, FCC Commissioner Michael O’Reilly recently delivered a telemarketer defense-oriented speech at an event in Washington D.C. He addressed a number of TCPA-related issues, including his opinion that federal courts should stop interfering with the FCC’s jurisdiction to interpret the TCPA. TCPA attorneys will almost certainly be citing Commissioner O’Reilly’s opinion in TCPA litigation matters.

The Soundboard Association also recently sought certiorari related to another TCPA matter. In 2008, the Federal Trade Commission amended the Telemarketing Sales Rule to require that telemarketers obtain written “express agreement” before initiating most outbound calls using a prerecorded message. In 2016, the FTC lawyers issued an opinion letter stating that soundboard technology is equivalent to placing a prerecorded-message robocall.

The Soundboard Association challenged the 2016 finding on the grounds that it was not promulgated via the Administrative Procedure Act. It asked SCOTUS to take the case to resolve a finding by a D.C. federal court siding with the FTC. The Court refused.

Thus, the FTC opinion on the issue remains effective.

Richard B. Newman is a digital marketing attorney at Hinch Newman LLP. Follow in at National Law Review at FTC defense attorney.