In an about-face that is sure to please Pin-honks worldwide, Pinterest reversed their decision to permanently ban affiliate links on their website platform.

This abrupt change of policy comes about a year after the initial banning affiliate links and upsetting their most loyal contributors. Many of the power Pinners lost most if not all of their online income – which in itself is an important lesson in internet marketing. 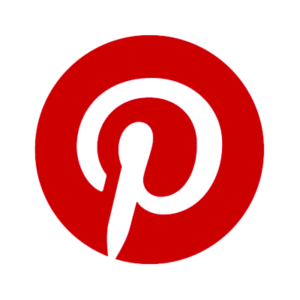 At the time of the ban Pinterest stated that affiliate links and redirects had led to widespread spammy behavior because of “irrelevant Pins in feeds and broken links” that went nowhere. Further, they believed (and rightfully so) that many Pinners could really care a less about the quality of crappy products they linked to as long as they made a few bucks.

Adelin Cai from Pinterest commented on the change of heart by stating, “Because we weren’t allowing affiliates, we weren’t giving users the right sort of incentive to continue creating really beautiful content.  We believe that if we remove the ban, we’re incentivizing those influencers to generate much more beautiful content.”

I think it’s pretty easy to read between the lines of that fluffy statement. But at least give Pinterest credit for recognizing a mistake and fixing it.

Feb. 13, 205 – Social media giant Pinterest has moved forward to ban affiliate links in a move that will cut off the main source of income for many of their top users on the platform. They began removing all their affiliate links, redirects, and trackers last night (Feb 12, 2015).

In a very short amount of time Pinterest has grown into a social-media-sharing monster known mostly for its endless grids of products, food photos, decor, and fashion. It’s especially popular with women.

So why would they hurt their most active users, or ‘pinners,’ by cutting off their valuable income streams? Simply because Pinterest is going to start monetizing their site to put that money back into their own pockets and you can’t blame them. After all, that’s why we build websites in the first place and that is to make money. This move didn’t occur overnight so it really should be of any surprise. Pinterest has been planning, staffing, and gearing up for this for months now.

A Pinterest spokesman gave the Business Insider this statement:

We are removing affiliate links to ensure we’re providing the best possible experience for Pinners.  Recently, we observed affiliate links and redirects causing irrelevant Pins in feeds, broken links and other spammy behavior. We believe this change will enable us to keep the high bar of relevancy and quality Pinners expect from Pinterest.*

What You Can Learn From This As An Affiliate Marketer:

Most social media platforms that succeed eventually make this move to monetization not only for the money but also for self-preservation and growth. The key takeaway as an internet marketer is to understand that this will likely happen on every social media site and make sure you diversify your income streams. The many marketers who made their online income only on Pinterest are out of business today. Many won’t make it back.

I saw the same thing happen here in Colorado with Amazon Associates a half decade ago. And it wasn’t even a change in Amazon’s monetization strategy but a state-level tax issue. Our then governor Bill Ritter signed a measure into law taxing Amazon Associates income made by Colorado affiliates and Amazon in turn immediately discontinued its affiliate program in our state. It pissed off alot of people! This has now occurred in several other states as well.

Update May 2016: Colorado residents (including me) are now again eligible to participate in Amazon Associates.

I personally know several internet marketers who were making a high monthly income with Amazon that had their money completely cut off overnight and through no fault of their own. Those who weren’t making money from other programs were financially devastated.

Don’t let this happen to you. Ideally, you want to diversify your:

If one market disappears or flounders you can focus on the markets that are still making you money while you look for another one to replace the one that’s gone. That is how smart affiliate marketers operate.