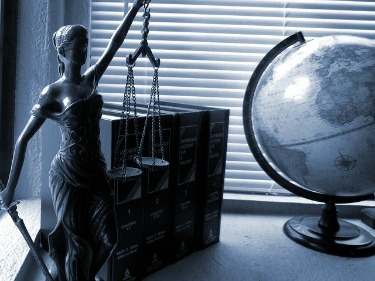 agency’s complaint against them alleging that they engaged in unlawful conduct that enabled a deceptive “free trial” offer scheme by U.S.-based defendants.

“Transact Pro helped scammers drain people’s accounts without their permission,” said FTC attorney Andrew Smith, Director of the Bureau of Consumer Protection. “The FTC will continue to aggressively pursue payment processors that are complicit in illegal conduct, whether they operate at home or abroad,” said FTC lawyer Smith.

According to the FTC’s 2018 complaint, Apex Capital Group, LLC, its principals, and related entities marketed supposed “free trial” offers for personal care products and dietary supplements online, but instead billed consumers the full price of the products and enrolled them in negative option continuity plans without their consent.

The FTC alleges that, to further the purported scheme, the Apex Capital defendants allegedly used dozens of shell companies and straw owners in the United States and the United Kingdom to obtain and maintain the merchant accounts needed to accept consumers’ credit and debit card payments, an illegal practice known as “credit card laundering.”

In September 2019, the Apex Capital defendants settled the FTC’s complaint, agreeing to cease the allegedly illegal conduct and surrender assets valued at between $3 million and $6 million.

In May 2019, the FTC filed an amended complaint adding the Latvian financial institution SIA Transact Pro (Transact Pro) and its former CEO, Mark Moskvins, to the case.

According to the amended complaint, the Transact Pro defendants illegally maintained merchant accounts for the Apex scheme in the name of shell companies and enabled the Apex Capital defendants’ efforts to evade credit card chargeback monitoring programs.

The amended complaint alleged that the opened at least 50 merchant accounts in the names of U.K.-registered shell companies for the benefit of the Apex Capital Group and that the Transact Pro defendants manipulated credit card chargeback levels to circumvent card network rules and transaction monitoring programs designed to prevent fraud.

The amended complaint describes two methods the defendants allegedly used to artificially lower the level and rate of chargebacks in their merchant accounts: load balancing and microtransaction processing.
Load balancing involves opening numerous merchant accounts for the purpose of spreading sales volume across multiple accounts. This artificially reduces chargeback levels in each account.

Microtransaction processing, as alleged in this case, involved using prepaid gift cards to make thousands of individual transactions in small dollar amounts. Because these transactions would not lead to chargebacks, they allegedly artificially diluted the ratio of chargebacks to total sales in the defendants’ merchant accounts.

The final order announced recently resolves the FTC’s charges against the Transact Pro defendants and prohibits them from the conduct alleged in the complaint, including credit card laundering. It also bans them from payment processing, or assisting others in payment processing, for certain categories of merchants and requires enhanced screening and monitoring procedures for the company’s “high-risk” clients.

Finally, it imposes a $3.5 million judgment against the Transact Pro defendants, which the FTC may use to provide refunds to consumers defrauded by the Apex Capital “free trial” scheme.