Restrictive covenants are essentially used to protect companies from unfair competition by former employees and competitors. 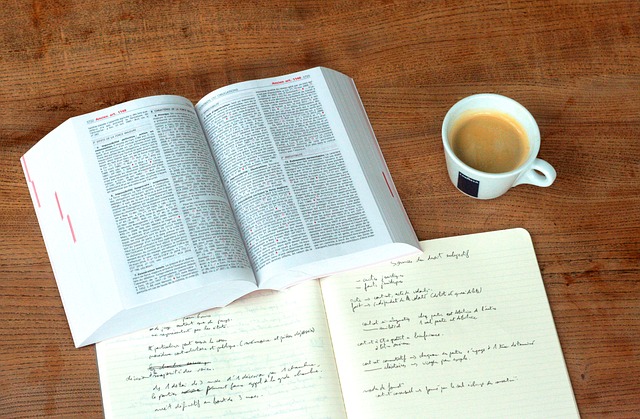 Many states construe employee non-compete agreements, a form of restrictive covenant, narrowly and view them with heightened skepticism. As a general rule and with extremely limited exception, California does not permit employers to enforce non-compete provisions against their former employees, at all.

What is a Non-Compete Agreement?

A non-compete agreement is a type of restrictive covenant that is often used in the performance marketing industry as a vehicle to limit an employee’s ability to compete after leaving his/her employer. More specifically, it prohibits the employee from offering his/her services within the agreement’s geographic scope for a period of time after leaving the employer.

Other types of restrictive covenants may limit an employee’s ability to solicit the employer’s customer or employees for a period of time.

Why Are Restrictive Covenants Used?

Restrictive covenants are primarily used to protect proprietary trade secrets and client data, and to limit the ability of a former employee from leaving to start his/her own business or to join a direct competitor.

Traditionally, many states outside of California may enforce these agreements, but usually construe them narrowly in terms of time, scope and geography, and apply a reasonableness requirement or simply rewrite them so they are reasonable.

California, by contrast, takes a strict policy approach against non-compete agreements as unduly restraining one’s ability to compete and earn a living. California will, however, occasionally enforce narrow non-solicitation (“anti-poaching”) clauses in order to prohibit a former employee from “soliciting” a former employer’s customers. Courts typically inspect such agreements to ensure that they are drafted in such a way as to legitimately protect corporate trade secrets, confidential information or other business interests.

Whether you are an employer or an employee, it is critical that you consult with an experienced Internet business and FTC law firm to discuss recent fundamental alterations an employer’s ability to protect itself from unfair competition.

Recently, state and federal courts have been taking an increasingly aggressive approach to limiting the types of restrictive covenants that employers can use in its relationships with employees, including anti-poaching agreements between employers, the enactment of state legislation restricting or banning the use of non-competes, and the proposal of federal legislation to prohibit the use of non-compete provision nationwide.

In 2016, the Antitrust Division of the Department of Justice announced its intention to criminally pursue companies that enter into anti-poaching agreements. In 2018 the division’s Attorney General formally announced the criminal antitrust cases relating to these agreements would be filed going forward.

Subsequently, the Attorneys General for California, Illinois, Maryland, Massachusetts, Minnesota, New Jersey, New York, Oregon, Pennsylvania, Rhode Island and Washington, D.C. sent letters to letters to large national franchisors seeking information about provisions in franchise agreements that restrict franchisees in the same chain from hiring workers away from each other.

California is no longer alone in considering employment agreements containing non-compete provisions to be void.

For example, in 2018 the Massachusetts legislature passed a bill prohibiting employers from imposing a non-compete provision on non-exempt employees, and from enforcing such provisions against an exempt employee when the employee is laid off or terminated without cause. Further, the non-compete must be presented to an employee at the time employment is offered or at least ten days before employment begins. It must also be limited to one year in time, signed by both parties and include language that the employee was advised to consult with independent counsel prior to execution.

In 2018, Utah modified its law imposing a one-year time limit on post-employment non-compete provisions. Utah modified the law to limit the enforcement of non-competes against employees in the broadcasting industry – assuming other thresholds are met – such as termination for cause.

Idaho’s non-competition law now allows non-competes with “key employees” and “key independent contractors” as long as the non-competes protect a legitimate business interest and are reasonable in duration, geographic scope and type of employment.

Other states are not trying to get on board.

Pennsylvania and Vermont have proposed bills that generally ban non-competes. Interestingly, much like the California law, the Pennsylvania bill would require Pennsylvania to be the governing law and venue in any non-compete agreement.

In May 2018, a bill was introduced in New Jersey that would impose a number of restrictions on the enforceability of non-compete agreements including limiting the term to one-year post-employment, requiring the employer pay all wages due to an employee during the course of employment unless terminated for “misconduct,” and requiring the employer to provide notice of the agreement at the time a formal offer of employment is made or at least 30 days prior to the commencement of employment.

New York City has proposed a bill that would prohibit non-compete agreements for low-wage workers.

In 2018, Senators Elizabeth Warren, Ronald Wyden and Christopher Murphy introduced Senate Bill 2782 (the Workforce Mobility Act of 2018). In shortly, the bill seeks to ban any company engaged in interstate commerce from requiring any employee to sign specifically defined “covenant not to compete.”

The proposed legislation provides it would not “preclude an employer from entering into an agreement with an employee to not share any information … regarding the employer or the employment that is a trade secret” as defined by the federal Defend Trade Secrets Act.

In order to be enforceable, the proposed legislation would: (i) require employers to post a notice of employee rights on the subject; (ii) task the Department of Labor with the power to investigate and enforce the law; and (iii) create a private right of action in federal courts for employees aggrieved by a violation, authorizing compensatory damages, punitive damages and attorneys’ fees.

Given the rapidly shifting landscape when it comes to balancing the protection of employer trade secrets with the right to seek gainful employment, it is crucial that you speak with an FTC defense lawyer about how to tailor, interpret and negotiate restrictive covenant provisions.

Please contact the author at rnewman@hinchnewman.com if you are interested in learning more about this topic and how it impacts digital marketers.

Richard B. Newman is an Internet marketing lawyer at Hinch Newman LLP.