How Will The End Of Net Neutrality Under The Trump Administration Affect Internet Marketing? 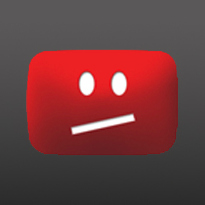 The recent appointment of Ajit Pai as chairman of the Federal Communications Commission (FCC) has put the entire ecommerce industry on alert. Let’s get into this topic and discuss what effect this change will have on the immediate future of internet marketing and ecommerce.

First, a little background on the battle for net neutrality.

When Tom Wheeler was appointed chairman of the FCC in late 2013 the internet marketing community assumed the worst since he was a former venture capitalist and lobbyist for the cable and wireless industry. It looked as if the fox was appointed to guard the henhouse and any decision on net neutrality would favor the internet service providers.

Time Out: What Is Net Neutrality?

Net neutrality is the doctrine that internet service providers (ISP’s) whom regulate the internet should treat all data on the internet the same without any favoritism or discrimination. Net neutrality preserves our right to communicate freely online which is the definition of an open and free internet. Net neutrality allows consumers to make their own decisions about what content they view or post online.

Without net neutrality, ISP’s can and probably will divide the internet up into both fast and slow lanes. This will allow an ISP to slow down its competitors’ content or block political opinions it disagreed with. It would also give preferential treatment to media and brands that it owns (see chart below)*
ISPs could charge extra fees to the few content companies that could afford to pay for preferential treatment — relegating everyone else to a slower tier of service. This would absolutely destroy and censor the free and open Internet. Consumers would have fewer choices and would likely pay more for the choices they do have.

On February 26, 2015 to nearly everyone’s surprise, Wheeler and the FCC ruled in favor of net neutrality by applying Title II of the Communications Act of 1934 and Section 706 of the Telecommunications act of 1996 to the Internet. Wheeler commented at the time, “This is no more a plan to regulate the Internet than the First Amendment is a plan to regulate free speech. They both stand for the same concept.”

After the defeat, ISP’s decided to introduce zero rating, the controversial telecom industry practice of exempting certain internet services from monthly data caps, effectively favoring those services by providing consumers with an economic incentive to use them instead of rival offerings.

Net Neutrality Round 2: Trump The Deregulator:

One of Donald Trump’s goals as POTUS is to deregluate government laws that he believes are stifling US business interests. Despite how you feel about our controversial president (hey this isn’t a political blog!) this is part of his agenda.

So in steps newly-appointed chairman of the Federal Communications Commission (FCC) Ajit Pai. Pai has publicly stated that net neutrality’s days were “numbered” on his watch. Ominously, on March 23, 2017 the US Senate today voted to eliminate broadband privacy rules that would have required ISPs to get consumers’ explicit consent before selling or sharing Web browsing data and other private information with advertisers and other companies. Many consider this a prelude to a complete gutting of new neutrality.

The Potential Impact On Internet Marketing If Net Neutrality Ends

What makes internet marketing such a lucrative business model is that right now it’s a near-level playing field. Individual marketers can compete with, and often out-perform, large corporations for the attention (and sales) of eCommerce. Net neutrality allows this to happen.

Eliminating net neutrality regulations essentially means that ISPs can impose a lucrative pay-to-play scheme carving up the internet between both ‘fast and slow lanes’. This means any company lacking deep enough pockets to pay an ISP’s ransom for prioritized access will load much slower than those with ties to ISPs. This would give a clear advantage to large companies over the little guys like you and I.

There are undoubtedly other implications that will arise. The extent of which we simply don’t know… yet.

So Is All Lost In The Fight For New Neutrality?

Not necessarily. Prior to Tom Wheeler ruling in favor of net neutrality two years ago, consumers raised bloody hell. Average citizens wrote to the FCC in droves (over 4 million comments which set a new record) demanding that it bar fast/slow lanes and reclassify broadband as a ” Title II common carrier service,” which cemented the new net neutrality rules in place.  That online outpouring was instrumental in the final ruling.

Once these proposed changes are announced we need to organize,  go back to battle, and fight like hell.

What Can You Do To Help Protect Net Neutrality And Digital Marketing?

—”Call and leave a message for Chairman Pai. It’s much easier for policymakers to change rules if they don’t think anyone’s paying attention. Free Press is encouraging citizens to call Pai and let him know they care about this issue. It has a web page that provides Pai’s number, offers a suggestion for a message to leave and ask citizens to let it know how the call went.

—Sign a petition. Fight for the Future has put together an online petition that people can sign to show their support for net neutrality. The organization is encouraging people when they sign to declare what political party they belong to. It’s trying to “show lawmakers that voters from across the political spectrum want to keep the internet free from throttling and censorship,” Greer said.

—Sign up for alerts. Free Press, Fight for the Future and Demand Progress, a progressive advocacy group, are each strong advocates for net neutrality and are staying on top of the latest developments on the issue. Each offers a free email newsletter that offers updates.

—Join and donate to an advocacy group. Numerous other groups also are championing net neutrality. They include Public Knowledge, the Center for Media Justice and the National Hispanic Media Coalition. They all will need financial support to counter the lobbying of the big telecommunications companies and get their message out, advocates say.”* Groups such as the ACLU, Electronic Frontier Foundation, and the Free Press are fighting for Net Neutrality and our internet privacy:

You may also set them as your charity of choice on Amazon: https://smile.amazon.com/

You can also write to your House Representative and Senators:

Until the shit hits the fan we can still laugh at HBO’s brilliant John Oliver who had this to say during round one of the fight for new neutrality: