This Guy Can Make You Rich 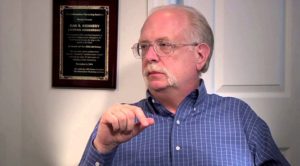 How To Get Rich In ‘Un-Rich Times’

In the Renegade Millionaire System, I dispense this advice: #1: BE the Wizard, #2: BEWARE the Wizard.  Wizards are very powerful, so it is better to be one than to be influenced by one.

Everybody welcomes the convincing Mystic. People so desperately wish to Believe. That there is a long lost, ancient or a revolutionary new Something: cure, elixir, formula for easy riches or happy relationships or better sex or children that mind or growing 12 foot high tomato plants; a gizmo that turns corn into fuel or tree bark into gold doubloons; an Answer Man, Seer, Keeper of Secrets.  And in dark times, this desire intensifies. In dark times even kings subjugate themselves to the Mystics – which you know if you’ve studied history. People really don’t want rational explanations for how you do what you do, they prefer Believing that you possess Mystical Powers and Magical Secrets that you will use for their benefit.  To underestimate the power of secrets and secret powers is to ignore how humanity has been manipulated, controlled and ruled since its beginnings.

In these times, you can rise to greater heights of influence and power than at any other time, by turning up the wattage on your mysticism. In the dark, you glow. Doesn’t matter if you dispense investment advice or lawn care advice, are a dog whisperer or a presidential candidate, or a tax attorney or a mattress manufacturer – now, more than ever, is the time to speak of secret techniques and magic ingredients and unique abilities. To offer absolute certainty in an uncertain world. To declare unique and profound importance.

I’m speaking now about how you present yourself to the world.

If you sell a particular kind of mattress, you must present it as THE – emphasis on key word: THE – first, best, only “magic,” based on top secret technology invented for NASA and Olympic athletes – that relieves all back pain, delivers 10,000 more REMs per night, lets cellular structure rejuvenate thus slowing aging, helps you lose weight while you sleep; is THE secret to eternal youth and vitality. It must be THE GREATEST discovery in medical science of this century. And you, as its spokesperson, must be the Grand Mystic of Sleep Science. You need an arsenal of Amazing Facts at your disposal. You need practiced language and Profound Statements. You must convincingly promise THE Cure. For whatever ails them, economically, emotionally, physically. To advance your education, I strongly suggest getting and reading the book CHARLATAN. It reads like a novel but is non-fiction. Not that you should be a charlatan; I presume you deliver legitimate value in whatever you sell or do. But that you should use the techniques of the master-charlatans of the ages. Nothing less will do.

When a group becomes lost and frightened in a dark cave, the man with the only flashlight automatically becomes their leader. Key word: only. It’s time to present yourself as the person with THE ONLY flashlight.

For me it all started with Dan Kennedy.  Sure, I marketed successfully before but I never really understood the deeply rooted mindset of my prospects until Dan taught me.

DAN S. KENNEDY is a serial, multi-millionaire entrepreneur; highly paid and sought after marketing and business strategist; advisor to countless first-generation, from-scratch multi-millionaire and 7-figure income entrepreneurs and professionals; and, in his personal practice, one of the very highest paid direct-response copywriters in America. As a speaker, he has delivered over 2,000 compensated presentations, appearing repeatedly on programs with the likes of Donald Trump, Gene Simmons (KISS), Debbi Fields (Mrs. Fields Cookies), and many other celebrity-entrepreneurs, for former U.S. Presidents and other world leaders, and other leading business speakers like Zig Ziglar, Brian Tracy and Tom Hopkins, often addressing audiences of 1,000 to 10,000 and up.  His popular books have been favorably recognized by Forbes, Business Week, Inc. and Entrepreneur Magazine. His NO B.S. MARKETING LETTER, one of the business newsletters published for Members of Glazer-Kennedy Insider’s Circle, is the largest paid subscription newsletter in its genre in the world.

Affiliate Disclosure
Disclosure: The operator of this website is a 3rd party marketer with a material connection to product/service providers appearing on this site in that we are compensated for sales made through our affiliate links.

Creates eBooks Without You Writing Any Of It: 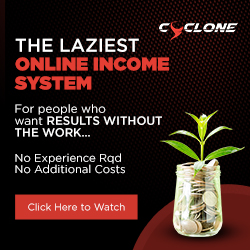