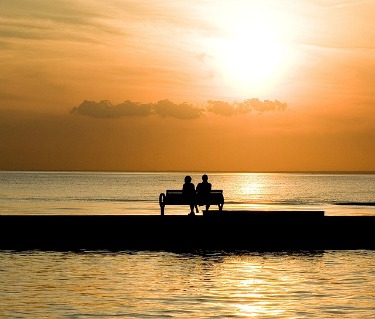 FTC lawyers also allege that Match unfairly exposed consumers to the risk of fraud and engaged in other allegedly deceptive and unfair practices, including alleged false promises of “guarantees” making it difficult for users to cancel their subscriptions.

“We believe that Match.com conned people into paying for subscriptions via messages the company knew were from scammers,” said FTC attorney Andrew Smith, Director of the FTC’s Bureau of Consumer Protection. “Online dating services obviously shouldn’t be using romance scammers as a way to fatten their bottom line.”

According to the FTC, Match users can create profiles free of charge but can only respond to messages after upgrading to a paid subscription. According to the FTC’s complaint, the company sent emails to nonsubscribers representing that someone had expressed an interest in that consumer. The agency alleges that when nonsubscribers with free accounts received likes, favorites, emails and instant messages, they also received emailed ads incentivizing them to subscribe in order to learn more about the purported senders of the communications.

The complaint alleges that when consumers subscribe to view these communications, they either gain access to the fraudulent communication or receive a notification stating that the profile that sent the communication is “unavailable.” The FTC alleges that, in numerous instances, the company has not notified consumers that the Match.com users contacting them were removed from Match.com due to the high likelihood that users were seeking to defraud consumers.

FTC lawyers further allege that the company exposed consumers to the risk of falling victim to fraud by marketing communications from users that it knew to be likely to be engaging in fraud.

According to the Commission, consumers came into contact with the users responsible for such messages if they subscribed before Match completed its fraud review process, and that if Match completed its review process and deleted the account as fraudulent before the consumer subscribed, the consumer received a notification that the profile was “unavailable.” The FTC alleges that, in either event, the consumer was left with a paid subscription to Match.com, as a result of a false advertisement.

The Commission asserts that as many as 25 to 30 percent of Match.com members who register each day are using Match.com to attempt to perpetrate scams. According to the FTC’s complaint, from June 2016 to May 2018, Match’s own analysis found that consumers purchased 499,691 subscriptions within 24 hours of receiving an advertisement touting a fraudulent communication.

The Commission also alleges that the company deceived consumers with inconspicuous, difficult to understand disclosures. Specifically, the agency alleges that Match deceptively induced consumers to subscribe to Match.com by promising them a free six-month subscription if they did not “meet someone special,” without adequately disclosing that consumers must meet numerous conditions before the company would honor the guarantee.

The FTC further alleges that, in addition to purported deceptive advertising, billing and cancellation practices, consumers that disputed charges were banned from accessing the services they paid for.

Finally, FTC lawyers allege that Match violated the Restore Online Shoppers’ Confidence Act because it failed to provide a simple method for a consumer to stop recurring charges.

Contact an experienced FTC lawyer if you have questions about complying with applicable automatic renewal laws, or if you are the subject of an FTC investigation or enforcement action.

Richard B. Newman is a digital advertising and compliance lawyer at Hinch Newman LLP. Follow FTC defense attorney on Facebook or on Twitter @ FTC Defense Lawyer.