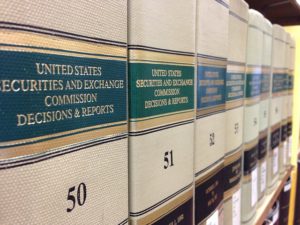 The FTC has continued to receive many consumer complaints about telemarketing robocalls during the last fiscal year. However, this number has also decreased.

The Data Book sets forth that the most frequently reported robocalls pertain to reducing debt, medical and prescriptions, and imposter scams. Robocalls about vacations and timeshares, and warranties and protection plans, are no longer in the top three complaint topics.

State data is quite interesting. New Hampshire leads the nation in active DNC registrations per capita, but the states reporting the number of complaints per capita has changed. The top three states are now Nevada, Colorado and Arizona.

To Data Book includes various features, including, the number of DNC complaints about robocalls versus live callers, information about the topics of calls reported to the FTC and a state-by-state analysis of DNC complaints.

Complying With the Telemarketing Sales Rule

The Telemarketing Sales Rule can be enforced by the FTC and state attorneys general. Illegal robocalls are a regulatory priority according to FTC lawyer Joseph Simons. The TSR is designed to provide law enforcement with tools to combat telemarketing fraud, give consumers added privacy protections and defenses, and help consumers tell the difference between fraudulent and legitimate telemarketing.

Recent amendments to the TSR include, without limitation, prohibitions on the use of remotely created payment orders and checks, cash-to-cash money transfers, and cash reload mechanisms in both outbound and inbound telemarketing. Amendments have also expanded the TSR’s prohibition of recovery services to apply to losses in any prior transaction, not just prior telemarketing transactions, and clarified a number of Do Not Call and other TSR provisions.

FTC defense lawyer Richard B. Newman explains that if telemarketing campaigns involve calls across state lines — whether outbound calls or inbound in response to advertising — marketers may be subject to the TSR’s provisions.

Richard B. Newman is a telemarketing attorney at Hinch Newman. Follow him on Facebook and LinkedIn @ https://www.linkedin.com/company/ftcdefenselawyer