In April 2020, the Federal Trade Commission announced that online fashion retailer Fashion Nova will pay $9.3 million to settle Federal Trade Commission charges that it did not properly notify consumers and give them the chance to cancel their orders when it allegedly failed to ship merchandise in a timely manner, and that it allegedly illegally used gift cards to compensate consumers for unshipped merchandise instead of providing refunds. 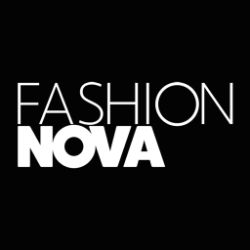 At the time, under the terms of Fashion Nova’s proposed settlement with the FTC, the Commission announced that that money will be used to refund consumers who were harmed by the company’s alleged violations.

The FTC’s complaint against Fashion Nova alleges that it violated the agency’s Mail, Internet, Or Telephone Order Merchandise Rule (the Mail Order Rule), which applies to merchandise sold to consumers online, by mail, or by telephone.

“Online retailers need to know that our Mail Order Rule requires them to notify customers in the event of shipping delays and offer the right to cancel with a full refund—not just a gift card or a store credit,” the FTC stated.

According to the complaint, the company violated the Mail Order Rule in various ways.

First, according to the FTC, the company made promises to consumers for years that they offer fast shipping of their products. This allegedly included using phrases like “Fast Shipping,” “2-Day Shipping” and “Expect Your Items Quick!” However, according to the FTC, the company failed to meet its shipping promises to consumers and failed to meet the Mail Order Rule’s requirement that consumers be notified of shipping delays and given the chance to cancel orders and receive prompt refunds.

Second, the FTC alleged that the company at times failed to refund consumers for the items that it did not ship. Instead, it was purportedly the company’s policy to issue gift cards, which are not considered refunds under the Mail Order Rule.

The company also allegedly failed to cancel orders and provide refunds when it did not offer consumers delay option notices.

In 2020, under the terms of the proposed settlement, the company would be required to pay $9.3 million to be used to refund consumers who were harmed by the company’s alleged violations of the Mail Order Rule. Of that, $7.04 million was anticipated to be sent to the FTC for use in refunding consumers and $2.26 million to be refunded directly by the company to consumers.

Consumers who received gift cards instead of refunds when the company allegedly violated the Mail Order Rule were anticipated to be eligible for refunds under the settlement.

The proposed settlement would also prohibit the company from any further violations of the Mail Order Rule, and require the company to ship ordered merchandise within one day of receipt of an order when the company does not specify a shipping date.

On March 25, 2021, the FTC announced that the agency is sending payments totaling more than $6.5 million to more than 500,000 consumers who were affected by the company’s alleged violations of the Mail, Internet, or Telephone Order Merchandise Rule. The announcement also states that of those consumers, more than 40,000 live outside the United States—in 169 different countries.

Consumers receiving a refund from the FTC will get a payment of $12.60 each.

FTC investigations and enforcement actions related to the Mail, Internet, or Telephone Order Merchandise Rule have increased in recent years. Consult with an experienced FTC defense lawyer as the trend is expected to continue.

Richard B. Newman is an FTC attorney at Hinch Newman LLP.