An Illinois federal court has issued a final judgment that requires nine related Canadian and U.S. defendants to pay more than 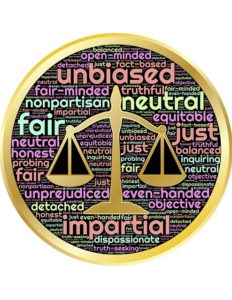 According to the complaint, since 2013 the defendants made unsolicited telephone calls to small businesses in order to induce them to pay for unordered services. The FTC alleges that the defendants claimed to be calling to collect on past-due invoices. In reality, according to the Federal Trade Commission, the small businesses contacted never ordered or agreed to purchase anything from the defendants and were never even sent a bill. In many cases, the defendant telemarketers allegedly threatened that the business’s accounts would be turned over to “collections” or would be “red flagged.”

Compounding the issues, according to the Commission, in some cases – even after a business paid money it did not owe – the defendants called back weeks later, sometimes claiming to be a different company demanding payment for other “outstanding invoices,” or claiming that the first payment was only the first installment.

The case was announced by the Commission in June 2018 in conjunction with Operation Main Street. The joint law enforcement initiative included the offices of eight state Attorneys General, the New York Division of the U.S. Postal Inspection Service, two U.S. Attorneys’ Offices and the Better Business Bureau (BBB), and targeted operations seeking to defraud small businesses, and an education outreach effort to help small businesses protect themselves from fraud.

The initiative has included more than 24 law enforcement actions nationwide, including actions brought by the FTC. The matters have included unordered merchandise, business directories, fake invoices and imposters.

The FTC was granted a TRO against the defendants which halted their allegedly illegal conduct. The default judgment and order permanently bans the two individual and seven corporate defendants from advertising, marketing  or selling any Internet directory listings, search engine optimization services, or website design and hosting services. It also prohibits the defendants from misrepresenting, among other things, that they have a preexisting relationship with consumers, that they have ordered their services or that they owe money to the defendants.

The defendants are also barred from seeking to collect money on any outstanding accounts that are still open or transferring any of these account to anyone else for collection, and imposes record-keeping and reporting provisions to ensure their compliance with its terms.

If you are interested in learning more about this topic, please email the author at rnewman@hinchnewman.com.

Richard B. Newman is a regulatory compliance defense attorney Follow him on LinkedIn at FTC attorney.