Featuring adjectives like “organic” or “natural” in ads is likely to draw some regulatory attention. Most recently, Illinois-based Moonlight Slumber used such terms to sell its baby mattresses online and at some of the nation’s biggest retailers.

According to an FTC administrative complaint, the company could not substantiate its mattress claims.

Specifically, the advertisements described the products as “organic” and “a safe, organic alternative to traditional crib mattresses” with a “Natural Latex Core.” According to the Commission, the company said other mattresses it sold were made from “BabySafe Natural Materials,” including “eco-friendly plant-based foam.” The Commission alleges that the company also claimed that testing proved “there are no VOCs (Volatile Organic Compounds, commonly known as ‘Off Gassing’).” 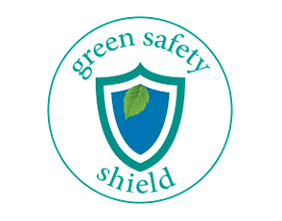 Organic and natural? Will not emit VOCs? Proven by testing? Bearing the Green Safety Shield? According to the Commission, that is a check, check, check and check for a parent. But the FTC claims that such representations were deceptive.

As set forth in the complaint, a substantial majority of the content in some of the mattresses was not organic. The cores and fire barriers, as alleged by the FTC, contained no organic content at all and the cotton cover was 70% non-organic.

In fact, according to the FTC, the only purely organic content was the mattress ribbon, a minor decorative component.

According to the FTC, most of the company’s mattress cores were made wholly or primarily of polyurethane, a non-natural material made from isocyanates and polyols derived from petrochemicals.

Despite representations to the contrary, the latex core for one of the products was synthetic, not natural – and six other mattress styles contained little or no plant-based material. The FTC also alleges that the company did not have sound science to support the claim that its products did not emit substances like VOCs. The FTC also alleges that the company’s representation that it had testing to back up that promise was false.

According to the FTC, the “Green Safety Shield” was awarded to the company, by itself.

In addition, the order prohibits misleading certifications and requires the company to clearly disclose when it has a material connection to an endorser.

Takeaway: Advertisers must substantiate “organic claims.” The U.S. Department of Agriculture’s National Organic Program develops standards for organically-produced agricultural products. For other product categories not covered by the National Organic Program, long-standing FTC substantiation principles apply. Advertisers must have a reasonable basis for claiming that their non-agricultural products – for example, mattresses – are “organic.”

FTC and USDA staff, along with various stakeholders, discussed these issues at an October 2016 roundtable on consumer perception of organic claims. Seals or certifications that companies award themselves, without clearly explaining that to consumers, is risky business. The FTC’s Green Guides and dozens of law enforcement actions establish, misleading certifications raise particular concerns when they appear to give an independent authoritative A-OK for health, safety, or environmental claims that consumers cannot evaluate for themselves. If your ad features seals or certifications of your own designation, make that abundantly clear to consumers.

You should consult with an advertising compliance lawyer if you are interested in developing strategic marketing campaigns that comply with applicable requirements, or if you have received a civil investigative demand (CID) from a regulatory agency.

ADVERTISING MATERIAL. These materials are provided for informational purposes only and are not to be considered legal advice, nor do they create a lawyer-client relationship. No person should act or rely on any information in this article without seeking the advice of an attorney. Information on previous case results does not guarantee a similar future result. Hinch Newman LLP | 40 Wall St., 35th Floor, New York, NY 10005 | (212) 756-8777.