Stating that a product or its ingredients treat such conditions as diabetes, ulcerative colitis, high cholesterol or other serious 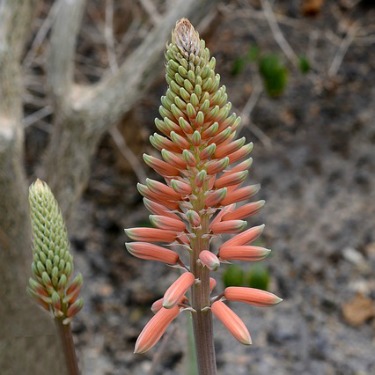 medical conditions will almost always draw the ire of the Federal Trade Commission. Disseminating such claims without first consulting with an FTC defense attorney about claim substantiation threshold may very well prove tantamount to writing the FTC a check.

According to the FTC, a Florida-based marketer and seller of Aloe vera-based supplements have agreed to settle Federal Trade Commission charges that they deceived consumers with such unsupported claims.

The FTC alleges that, online and through direct mail, the marketer touted the product as a proven treatment while emphasizing the product’s purported benefits for people with diabetes.

The complaint alleges other unsubstantiated claims were made for a drink mix.

“The FTC has shown over and over that it will go after companies that we believe are peddling false health claims about their pills and potions,” said FTC lawyer Andrew Smith – Director of the FTC’s Bureau of Consumer Protection. “Our settlement with NatureCity is the latest example, and we’re especially concerned that the company targeted older adults and tried to steer them away from standard medical treatments.”

The FTC also says that the defendants pitched these products as comparable or superior to conventional medical treatments for diabetes, acid reflux, ulcers and joint pain. In addition to claim substantiation allegations, the FTC alleged that representations relating to purported scientific proof were bogus, as were favorable testimonials. Ask any FTC defense attorney, those are strikes two and three.

For example, according to the FTC, ads stated:

Assurances that purported health benefits are clinically or scientifically proven, when they are not, is a recipe for disaster.

The lawsuit also charges that the defendants offered undisclosed incentives or other compensation to some of the endorsers featured in the company’s promotional materials.

Under the terms of the settlement, the company and its officers are required to possess human clinical testing before disseminating medical claims. It also imposes rather broad fencing-in relief to protect consumers in the future from misleading representations about the health benefits, performance, efficacy, safety or side effects of any dietary supplement, food or drug.

Additionally, the defendants will have to clearly disclose any material connection with anyone providing an endorsement and they must notify customers individually about the FTC’s lawsuit.

The order includes an $18.6 million financial remedy that will be partially suspended when the defendants turn over $537,500. The order also has court-enforceable provisions if it turns out the defendants made any material misstatement or omission in their financial documents.

Marketers of health-related products need take these claim substantiation compliance issues seriously. Do not position products as effective treatments unless you possess solid science to support express and implied claims, prior to dissemination. Depending on the claim, that may mean randomized clinical testing. Additionally, consumers must be informed about incentives or compensation that endorsers have received.

Richard B. Newman is a federal agency defense lawyer at Hinch Newman LLP.