The Future According To Elon Musk

Elon Musk is our generation’s Thomas Edison. It’s not just his amazing ideas that drive him but his unparalleled vision of the future.

Wouldn’t it be cool to look into his mind to see how he envisions the near-future? The infographic below from RS Components will allow you to do just that:

Elon clearly has a mind that works on an entirely different level than the average human being. I’m guessing that most if not all of these things will come true.

My advice to new internet marketers has always been to choose an online niche that’s already generating income rather than trying to tap into a new one. The reason for this is simple: it eliminates the lengthy and often expensive process of testing whether or not money can be made in that niche online. When you enter an established market you already know that money is being made in that space today.

But what if you are a risk-taker or an established and experienced internet marketer looking to get in early on the next big thing? After all, that’s often where the really big bucks are made. If you’re prepared, and can afford to take some risks here I made a list of industries to watch that will likely boom in the next decade:

Industries poised to boom in the near future

If you’re interested in these emerging markets, I suggest setting up some Google Alerts using keywords to keep up to date with everything that’s happening. Sometimes, just predicting where these markets are heading, and paying attention to the opportunities created, can make you money.

For example, I had a good feeling that the drone market would explode about 5 years ago and bought several good domain names that I believed people would be very interested in having. I flipped those domains for thousands of dollars in profits in a matter of months. It was some of the easiest money I’ve ever made online. 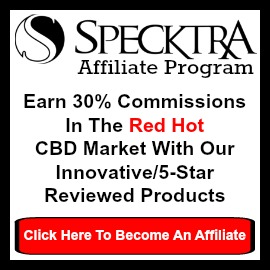