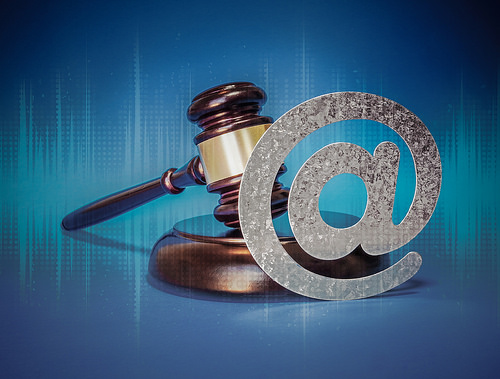 enforcement efforts. In fact, at the recent Privacy-Security-Risk conference in Austin, Texas, he suggested that federal law enforcement does not go far enough when it comes to fraud, banning repeat offenders and ensuring that everyone is able to fairly compete.

“My personal view is that we’re not just here to protect consumers,” said Chopra. “We’re here to protect all the businesses who are honest and playing by the rules. Those businesses are harmed when some firms can run roughshod over the law. … I’ve already raised concerns about settlements we do with no monetary penalties. I want to see monetary consequences for egregious breaking of the law.”

In prepared remarks at the FTC hearings on competition and consumer protection, Chopra consistently stated that regulatory focus should be placed upon the digital marketplace and safeguarding the competitive process. He also discussed data surveillance and issues surrounding the collection of data completely unrelated to what is needed to participate in the marketplace. Consult with an FTC Defense Lawyer to discuss developing regulatory policy and how the latter has resulted in heightened regulatory scrutiny into the lead generation industry’s structures, data collection methods and arrangements.

Information is critical to dominate markets and Congress has tasked the FTC to safeguard those markets from unfair methods of competition. According to Chopra, “we must be sure we understand how marketplace operators work.” Examples include the ways that operators create economic value from the analysis of harvested data and whether such data can be used to engage in exclusionary conduct. They also include collection practices and whether participants are aware of the extent of what data is being collected, how operators assemble data, how frequently operators mark content to match it to specific devices (“fingerprinting”) for the purposes of data aggregation, property rights when a content creator uses a platform to distribute their work, who owns the data about a transaction when sellers distribute products/services through a marketplace and who has the right to sell or share this data.

Chopra also believes that predictive analytics must be considered, such as the range of data that feeds algorithms, third-party data that is combined with other data to draw inferences about participants on a marketplace, the role of machine learning, and how operators safeguard against bias against protected classes under housing, employment and credit discrimination laws.

“…when it comes to data protection and digital rights,” Chopra stated, “we’re increasingly feeling that other countries, particularly Europe, are in the lead.” “The Privacy Shield literally gives greater rights and protections to Europeans over Americans in the U.S.,” he said. “And there are some basic standards in there about the ability to know what data a firm has on you, to file a complaint, to get your dispute resolved. Some of these things are very common sense, to be honest…”

Virginia Senator Mark Warner also wants Congress to get tough with Big Tech by regulating how information is treated. In a recent interview, Senator Warner commented on the importance of data “authentication,” letting individuals know whether they are being communicated with a human being or a bot, and operational transparency. “I think America’s failure to lead in a lot of these areas is going to come back and bite us.” He believes that Big Tech needs to make consumer privacy and data security a top priority.

Richard B. Newman is an Internet marketing compliance and regulatory defense attorney at Hinch Newman LLP LLP focusing on advertising and digital media matters. Follow him on Twitter, LinkedIn and Facebook.

These materials are provided for informational purposes only and are not to be considered legal advice, nor do they create a lawyer-client relationship. No person should act or rely on any information in this article without seeking the advice of an attorney. Information on previous case results does not guarantee a similar future result. Hinch Newman LLP | 40 Wall St., 35thFloor, New York, NY 10005 | (212) 756-8777