Why you must change your beliefs about money 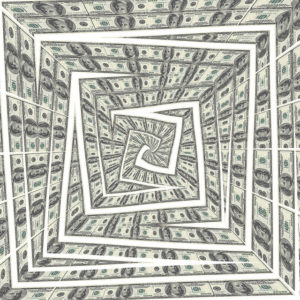 Have you ever know anyone in your life who seems to make money almost effortlessly?  I’ll bet you know at least one person like this who seems to fall into money no matter what they do or how little they work.  Are these people just lucky or is there more to it than just luck?

The majority of people don’t attract money easily because their method of thinking actually repels money.  This is why so many people struggle financially and never seem to make the kind of life-changing income they desire and work so hard for.  Their limiting beliefs about money creates a roadblock that interrupts the flow of money to them.

To avoid this self-sabotage you must first align your mind with where you want to be financially before you actually make it there.  You must develop a rich mindset and truly believe that you’ll get there to dispel any limiting beliefs that are holding you back.

Here are a few examples of the poor mindset vs. the rich one:

Once you shift from poor mentality to rich mentality money will flow to you like never before.  Don’t believe me?  Try it.  Take out a sheet of paper and write down all of your limiting beliefs about money.  When you’re finished write down the opposite of these false beliefs and picture yourself having all of the money, success, and happiness you’ve always wanted in life.

Review these new rich mentality bullet points every morning to remind you of where you’re going and your new thoughts, attitudes, and beliefs about money.  It will change you life.