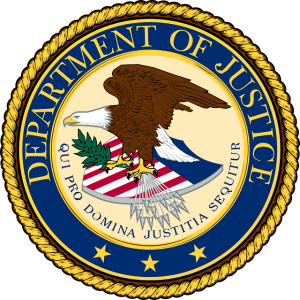 On September 3, 2020, the U.S. Department of Justice announced that three Peruvian men have been sentenced to significant terms of incarceration for allegedly operating a large fraud and extortion scheme.

According to the DoJ, the three men managed and operated call centers based in Lima and Cajamarca, Peru, which used government impersonation, lies and threats to steal money from thousands of Spanish-speaking victims in the United States.

According to the DoJ, Hidalgo, Hermoza, and Guerra managed and operated Peruvian call centers that, in partnership with an entity in Miami, Florida, used Internet-based telephone calls to lie to and threaten Spanish-speaking victims in the United States. The callers often falsely accused the victims of having failed to accept delivery of certain products and claimed that the victims owed thousands of dollars in fines and that court proceedings would be brought against them. In reality, according to the DoJ, the victims—many of whom were elderly—had never ordered or received the products.

The defendants and other call center employees allegedly claimed that the consumers could resolve the supposed debts and avoid threatened consequences if they immediately paid a “settlement fee.” Consumers who contested the settlement fees were purportedly told that failure to pay could lead to harmed credit, arrest, deportation, or seizure of property.

A U.S. District Court Judge sentenced Johnny Enso Hidalgo Marchan of Lima, Peru, to 100 months in federal prison for his purported role overseeing one of the Peruvian call centers. The court stated that it was “important to impose a significant sentence to deter people in other countries who think they can prey on people in the U.S. with impunity.”

The court also sentenced Francesco Guerra of Lima, Peru, to 90 months in federal prison, and, in March 2020, he sentenced Rodolfo Hermoza to 88 months in prison for their alleged roles in the scheme.

The three men were extradited from Peru in December 2019 and convicted of conspiring to commit mail fraud and wire fraud earlier this year.

“We are committed to pursuing transnational criminals who defraud U.S. consumers,” said Acting Assistant Attorney General Ethan P. Davis of the Justice Department’s Civil Division. “Disrupting transnational elder fraud schemes is an Agency Priority Goal for the Department of Justice. These prison sentences show that criminals responsible for threatening and defrauding U.S. consumers will be held to account.”

“Individuals who defraud American consumers will be brought to justice, no matter where they are located,” said U.S. Attorney Fajardo Orshan of the Southern District of Florida. “Protecting the elderly and vulnerable members of our community from schemes, such as this one, is a top priority of this Office and the Department of Justice.”

“The U.S. Postal Inspection Service will continue to aggressively investigate and go after those who deprive citizens of their hard earned money through the use of threats and other abusive tactics. The results of this investigation are an example of this determination and the dedicated partnership established with the Department of Justice’s Consumer Protection Branch,” said Inspector in Charge Antonio Gomez.
As part of their guilty pleas, the individuals admitted that they falsely posed as attorneys affiliated with U.S. courts and government agencies in threatening victims with fines, detention, confiscation of property, deportation, and community-service requirements to obtain payments from the victims.

According to the DoJ, U.S. consumers lost more than $1.5 million to the defendants’ alleged fraud scheme.

In addition to prison time, each defendant was also ordered to serve three years’ supervised release following their terms of incarceration and to make restitution payments to victims of their scheme.

At Guerra’s June 2 sentencing, Judge Scola described the defendants’ crimes as a “very serious offense” and noted that they preyed on many vulnerable victims and caused lasting psychological and emotional damage to the victims of their scheme. Judge Scola stated that a significant sentence was necessary to promote respect for the law and to deter others from engaging in similar conduct.

In addition to Hidalgo, Hermoza, and Guerra, two other individuals previously were brought to justice in connection with this scheme. In 2014, charges were brought against Angeluz and Maria Luzula of Miami and Juan Alejandro Rodriguez Cuya of Lima, Peru. Luzula pleaded guilty to all counts against her midway through trial and was sentenced to 165 months in prison. Rodriguez Cuya was convicted following a two-week trial. U.S. District Court Judge Patricia A. Seitz sentenced Rodriguez Cuya to 210 months in prison. With the recent sentencing by Judge Scola, all five defendants who have been charged in connection with this alleged large-scale fraud and extortion scheme have now been sentenced to substantial terms of imprisonment.

Since President Trump signed the bipartisan Elder Abuse Prevention and Prosecution Act (EAPPA) into law, the Department of Justice has participated in hundreds of enforcement actions in criminal and civil cases that targeted or disproportionately affected seniors. In January 2020, the department designated “Preventing and Disrupting Transnational Elder Fraud” as an Agency Priority Goal, one of its top four priorities. Later, in March 2020, the department announced the largest elder fraud enforcement action in American history, charging more than 400 defendants in a nationwide elder fraud sweep.

This matter should be of interest to telemarketers, including lead generators that generate and/or facilitate the purchase/sale of telemarketing leads. Consult with an experienced FTC defense lawyer to discuss the implementation of preventative compliance protocols.